Generate a sustainable growth that outperforms the market, both in asset value and return for the landlord.

As an expert in the management of shopping centers, Gesmall offers to its clients a global approach and a complete taking over of the centers they own.

Created in 2008 for the launch and the management of one of the biggest shopping centers in Belgium, Gesmall has been able to bring together the know-how and the ressources in order to transform the shopping center in a real success story, whether it is for the owner but also for the retailers and the consumers. Drawing on this experience, other projects have come along to grow the activities of Gesmall in order to make it today an international expanding company at the cutting edge of the last developments in terms of shopping centers management.

Gesmall also intended to be and stay an extremely flexible, adaptable and proactive company, not only towards its customers but also facing a growing market.

The stakes of tomorrow are considerable, between the development of the e-commerce, the security aspects and the expectations always increasing from the consumers; Gesmall wants to be a company resolutely turned towards the future, innovative and creative in order to respond to its new challenges. 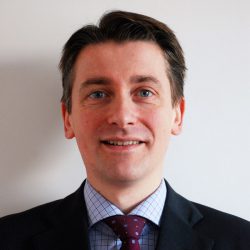 After a degree in law and a master in management at the Solvay Business School in Brussels, Maximilien Lefebvre started his career in 2000 as lawyer at L’Oréal Belgium. During this first step, he was mainly in charge of the new construction of the new head office in Belgium.

At the end of this project of the new Belgian headquarters, he requested a transition in career to a sales-focused key client management role in the capital city, in charge of a portfolio of the company’s largest hairdressers clients.

He was next promoted as finance controller with the mission of modernizing the finance department and optimizing the cost structure. He met all internal measures of success, and spearheaded the implementation of cutting edge IT solutions and new organizations.

Afterwards, appointed as sales manager, he was tasked with spearheading a sales team whilst handling major accounts and improving market intelligence gathering processes and point-of-sale effectiveness.

Then he became finance and controlling director Benelux, specifically appointed to merge the Belgium and Dutch Finance and Controlling Departments of L’Oréal – Active Cosmetics Benelux, leveraging the synergies for improved cost savings and profitability.

Maximilien Lefebvre is also member of the board of the Belgian Luxembourg Council of Shopping Centers (ICSC’s Belgian branch). 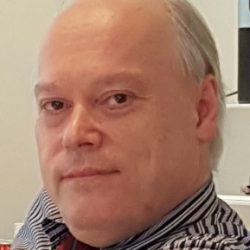 A CPA (Belgian Chamber of Accountants) laureate, Bruno worked 22 years for the SCC Group (Société des Centres Commerciaux), the group that introduced the Shopping Centre concept to Europe in the early sixties. He was successively responsible for implementing lease management and accounting at City2: Brussels oldest Mall in the heart of the city, Ville2 in Charleroi: the only Mall in Belgium’s fourth city, M2 in Maasmechelen: a difficult situation and Gent Zuid, in the wealthy town of Gent in the north of the country.

Since 2009, Bruno has joined Gesmall S.A. as a lease and facility manager. Bruno has an in-depth knowledge of Centre Management Softwares and has developed numerous bespoke applications. 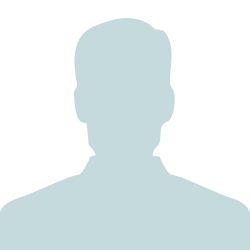 David has worked more than 10 years for CODIC, a European real estate developer, as senior accountant and financial controller. During these 10 years, he took over a lot of different responsibilities giving to him a wide and various experience of all the financial aspects of real estate projects.

Among others, he was in charge and responsible of holding’s accounting, IFRS/IAS adjustments, consolidation of +/- 50 legal entities, reporting, cash management, mergers and demergers and the controlling, the budgeting, the forecasting and the variance analysis of the costs.

He was also in charge of the full accounting of the Belgian, Luxembourg and French branches.

Furthermore, he implemented with success a new accounting system.

Backed by this huge experience in real estate finance, he joined Gesmall in early 2016 as Head of the finance department. 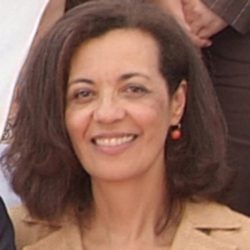 An interior design, communication and real estate professional Nicole has more than 25 years experience in brand consulting, design and marketing. At Gesmall, as operational director, she supervises design choices as well as regional marketing managers in their day to day responsibility for marketing communications targeting both the consumers and the retailers. She also assists in preparing the annual Marketing Plan and ensures that marketing objectives are achieved, measured and results reported to all relevant stakeholders.

Prior to Gesmall, Nicole spent the early part of her career undertaking missions as diverse as selecting fixtures, fittings and furniture for the new university in Libreville (Gabun) or organizing, in the framework of a PR company- the launch of “Forbes” magazine in Europe.

Nicole is also a regular jury member at the graduation exam of La Cambre Architecture College in Brussels and has also served on the jury of the “Mapic Awards”. Passionate about old buildings and heritage, Nicole was General Secretary of Europa Nostra Belgium for several years and is still on the Board. She also served as a member of the European Council.